Foreign Secretary Jeremy Hunt and Minister for Asia and the Pacific Mark Field met London Ambassadors and High Commissioners of the member states of ASEAN on 15th May to underline the UK’s commitment to, and growing presence in, South East Asia.

Following the meeting, Minister for Asia and the Pacific Mark Field said:

UK-ASEAN trade is worth nearly £37 billion per year and our ever closer partnership will provide even more increased trading opportunities for British businesses after the UK leaves the EU. We also enjoy strong people-to-people connections through education and research collaboration and important security and defence co-operation with many ASEAN nations.

With a new, permanent British diplomatic mission in Jakarta specifically dedicated to growing our links with the ASEAN group set to open later this year, I look forward to our links with South East Asia growing even stronger after Brexit. As a P5 member, the world’s fifth largest economy, and a leading defender of the Rules Based International System, the UK looks forward to working together with this diverse, dynamic and quickly growing region.

As part of the Foreign and Commonwealth Office’s expanding diplomatic network and the UK’s commitment to forge a stronger relationship with ASEAN, a new and dedicated UK Mission is due to open in Jakarta later on this year. The UK is only a handful of European countries with an Embassy or High Commission in every member of the Association of Southeast Asian Nations.

The Association of Southeast Asian Nations (ASEAN) includes Brunei, Cambodia, Indonesia, Laos, Malaysia, Myanmar, the Philippines, Singapore, Thailand and Vietnam, and was established to promote co-operation on political, security and economic issues in the region. With a rapidly expanding middle class and a market of 650 million people, the UK will strengthen links with ASEAN on education, trade, economic reform, climate, cybersecurity, defence and the digital economy. 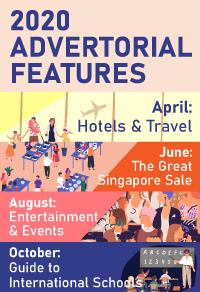