An online portal that links up governments, developers and financiers has been launched by Infrastructure Asia, a government facilitation office set up by Enterprise Singapore and the Monetary Authority of Singapore to support infrastructure development.

Announcing its launch at the Asia Infrastructure Forum on August 2nd, Second Minister for Finance Indranee Rajah said the portal will serve as a marketplace to connect various parties interested to develop infrastructure projects in Asia and also to improve the visibility of the region’s infrastructure project pipeline. Lavan Thiru, executive director of Infrastructure Asia, said there are about a dozen projects on the portal, worth a total of S$4 billion. These projects are in Asian markets, including Indonesia, the Philippines, Cambodia, Vietnam, Thailand and India. They are mainly public sector projects in sectors such as water, waste management, supply chain and logistics, as well as energy.

With an estimated US$2 trillion required to build sustainable infrastructure in South-East Asia by 2030, private capital is needed to complement government spending, said Indranee. The public sector is already stepping up. The Singapore government will soon be issuing up to S$35 billion of green bonds to finance sustainable infrastructure projects by 2030, such as in new electric rail lines, and the Philippines and India have also announced that their governments will issue their own green bonds. But public funds have generally been diverted in the last 2 years to battle the Covid-19 pandemic, she noted.

Among the private sector, financial institutions and asset owners are placing more emphasis on deploying capital into projects that fulfil environmental, social and governance (ESG) criteria.

“A major barrier to leveraging such exciting growth potential is the lack of visibility of project opportunities, the lack of awareness of the best-fit solutions available, and the lack of collaboration in bringing together complementary experts,” said Indranee.

Lavan noted that the costs involved in searching for solution providers and partners are very high. “So there was a need for a platform that was neutral, a platform that has some level of independence and more importantly, a platform that can do some curation,” he said.

Developed to address this problem, the new online marketplace, called the InfraAsia Project Portal, would showcase regional infrastructure projects, and Infrastructure Asia could connect public and private sector parties interested to partner each other and develop these projects. Project owners can list the project requirements on the platform and interested parties, such as solution providers or financiers, can access project details including its value, owner and developers.

Lavan said that Infrastructure Asia will select projects to list on the portal based on whether they are marginally bankable, and are in sectors where Singapore or Singapore-based companies have expertise in. ESG considerations of an infrastructure project, however, would not be factored in during the selection process, as Lavan said these considerations should be made only by the project’s developer or owner.

“Meeting the region’s infrastructure needs is a mammoth task. Projects are becoming increasingly complex as they involve multiple stakeholders and cut across numerous sectors and disciplines,” said Indranee.

Banks told BT that funding for such projects can be hampered by uncertainty over whether sustainable infrastructure projects’ cash flows can repay long-tenure loans. Financing also requires assurance about economic viability, as well as progress in social and environmental causes.

Jasper Wong, who heads construction and infrastructure at UOB’s sector solutions division, said that the challenge gets compounded when some projects lack proper deal structuring and advice from sustainability advisers. To manage these problems, regulatory certainty supported by commercial contract structures are needed, said Yulanda Chung, who heads sustainability for institutional banking at DBS. Closing the gap further requires robust tariff models that balance project costs and societal affordability, as well as appropriate economic incentives. “We believe having a framework to outline a robust governance process on how the money raised will be used, and clearly define the green standards, will help banks finance more sustainable infrastructure projects,” Chung said.

Infrastructure Asia and the International Finance Corporation are also working together on an energy efficiency aggregation platform to help owners of existing buildings to access the finance to retrofit their buildings. One frequently missed opportunity in sustainable infrastructure development is in brownfield infrastructure, which are responsible for close to 80 per cent of greenhouse gas emissions, said Indranee. “Investments into brownfield assets could require modest investments but lead to outsized gains in decarbonisation,” she added. This platform aims to address the problem of building owners’ reluctance in incurring the upfront expenditure, as well as individual buildings lacking the scale to attract institutional capital. Even though there is a financing gap in the area of brownfield decarbonisation, banks have frameworks in place to identify such projects.

For UOB, Wong said that its frameworks cover the eligibility criteria of projects, disbursement of funds, monitoring of proceeds and impact reporting. “Businesses can thus tap on our sustainable finance frameworks for their greenfield or brownfield projects instead of developing their own frameworks,” said Wong. As for DBS, Chung said that it will take into account information such as the location of the asset, the current and forecast energy mix, the time horizon of emissions to be shortened and pace of change towards net-zero emissions. DBS will also require independent confirmation of the extent of greenhouse gas emissions reductions. 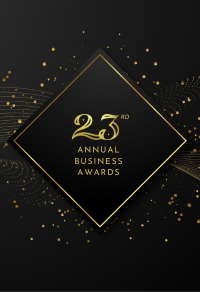 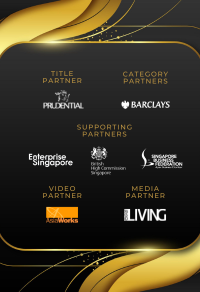